Who is this mild and unassuming man?  And what kind of intellectual wars has he created?  This is Harold Garfinkel, the “founder” of ethnomethodology, and he has created the Ethnomethodological Wars.  Over the last forty years ethnomethodological studies has taken on many different forms, and there is currently some squabbling among Garfinkel’s heirs over whose work really represents ethnomethodology.  At most times the family holds together, but at other times it risks being torn apart.  Usually, family relations are friendly, but sometimes that are bitter exchanges between cousins.

All versions of ethnomethodology are interested in exploring the defining features of social activities that make them what they are, how those activities are accomplished in real-world situations, and the specific methods by which they are done.  There are many other features that hold the discipline together. 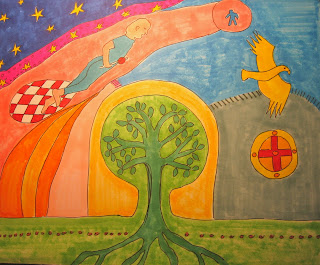 As I have written in several blog entries there is a healthy diversity of versions of ethnomethodology, and several hybridshave formed. In that same blog entry just hyperlinked, I discussed George Psathas’s five types of ethnomethodological study. The major division threatening to divide ethnomethodology is between those doing conversation analysis and those following Garfinkel’s later and “radical” research suggestions, such as found in the “studies of work” program.
I first learned about the division in ethnomethodological studies in the mid 1980s when I was presenting material from my MA thesis on 911 calls at major conferences, including the American Sociological Association and the International Conference on Talk and Social Structure.  Here I first met large collections of other ethnomethodologists, and learned that many did not do research as we were learning to do it in Santa Barbara, and did not see ethnomethodology as helping to build a natural observation science of the interaction order, as we were attempting to do in Santa Barbara.
I will provide a list of relevant reference at the end of this entry, for those wanting to find key articles.  My thinking is heavily influenced here by Thomas Wilson (2003) and Ilkka Arminen (2008).
Arminen states that ethnomethodology is torn between scientific and radical aspirations.  The scientific aspirations are found in conversation analysis, which accepts standard scientific criteria to assess the merits of empirical arguments.  Noted adherents include Emanuel Schegloff, John Heritage, Don Zimmerman, Doug Maynard, Steve Clayman, and many others.  “Radical” ethnomethodolgy comes primarily out of the writings of the later Garfinkel (1986, 2002), and is unwilling to become another “interpretive” approach to social science, with all the inherent flaws involved in such an enterprise.  This later research program hopes to remain “pure” in its study of mundane reasoning, and hopes to totally “bracket” everyday resources.  Key representative here on Michael Lynch, Eric Livingston, Melinda Baccus and Mel Pollner.
Arminen observes that the divide is caused by the two versions having different solutions of the “topic / resource dilemma”, famously posed by Zimmerman and Pollner (1970).  I will not comment more on the “war” among ethnomethodologists here.

What I liked most about Arminen’s article was his call for an “ethnomethodological social science” (EMSS) that is a synthesis of these differing approaches.  Unfortunately, I think it will be easier for the CA folks to accept this synthesis than it will be for a “radicals”.
EMSS can, Arminen states, invigorate “our understanding of social action and revive Sacks’s original vision of the science of social life”. Phenomenon should be properly investigated through observation and discursive reporting so that others can make use of these reports for further inference and action. EMSS should explore people’s tacit resources of social action, their common sense and interactional competence.
Arminen sees EMSS as addressing “action in interaction”–the “ordering and relative positioning of any kind of action, move and utterance” (186).  Social actions are investigated as situated accomplishments that emerge from practical management with language, social configuration and objects.  This synthesis can explore the elementary properties of action that make up the taken-for-granted basis of social life.
Further, according to Arminen, EMSS, by studying members’ methodical ways of accomplishing social action can help us to understand the achievement of collaboration and the practices through which different participants’s perspectives are brought into alignment.