Mapping Misery and Alienation in Santa Barbara: "The Homeless" 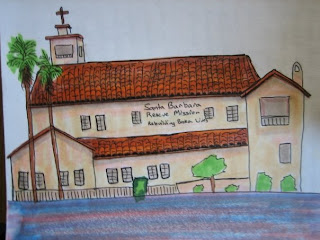 Riding my bike around downtown Santa Barbara is a constant lesson in class and status in America. Beginning on the lower East Side where I live, and where many of the homeless shelters are located, and riding up State Street, each few blocks take me up another rung on the socio-economic ladder. I move from more ill-kept neighborhoods where potholes are frequent, and where homeless people hang on the corners waiting for the shelters to open, to clean, well-tended streets with multi-million dollar mansions. Along the way, I pass through downtown Santa Barbara, with the upscale Paseo Nuevo shopping mall drawing wealthy tourists from around the globe—a clear sign that gentrification has happened in Santa Barbara. When I first moved to Santa Barbara in the early 1980s, lower State Street was run down and many SROs housed the poor. Today, the contrast between the shoppers with their bags from Nordstrom and Abercrombie and Fitch, and the homeless people panhandling for spare change outside of Rite-Aid is striking.


I want to consider the feelings evoked by certain areas in Santa Barbara frequented by the homeless, and open a dialogue with others about this. I have worked with low-income and homeless people for several years here in town and have taken the opportunity to learn about these people's lives and their plight. There are about 900 chronically homeless people in Santa Barbara County, according to estimates found in the Ten-Year Plan to End Chronic Homelessness. About half of these people suffer emotional and psychiatric disorders.

Sometimes I am numb to their suffering. Because I live right downtown on the lower Eastside, I am close to many of the shelters. My initial shock of seeing homeless children in front of the Rescue Mission, homeless Veterans in wheelchairs by Mac's Grog and Grocery, and confused homeless senior citizens by Casa Esperanza has sometimes worn off.

It was an attempt to deal with my own blasé attitude which lead me to create the Santa Barbara Homeless Foot Washing, an event held for the first time on March 20, 2008, in which 80 volunteers and a dozen charitable organizations served 300 people and gave away new shoes, socks and bag lunches.

In the mornings going to work at 8:30am I am often struck by the number of homeless people on the benches of lower State Street. I realize now that the reason for that is that the Rescue Mission sends them to the streets at 6:15am, and many have no where to go. Many sit talking to themselves, waiting for the Public Library to open at 10am.

I find Yanonali Street between Garden Street and Cesar Chavez Avenue very depressing. First, there are the homeless encamped across from the Rescue Mission, many of whom are still active in their addictions. Nearby there is "the Wall" where the day laborers congregate. Mixed in with the day laborers there are always a few crack dealers. There are police busts there virtually every week. Sometime the 'crack ho's' use the porta-potties to make their money to pay the conveniently located dealers. Of course, all of this takes place right by the sewage treatment plant and the smell of feces is sometimes thick in the air. It is a trip ridding through this environment--very sad indeed. 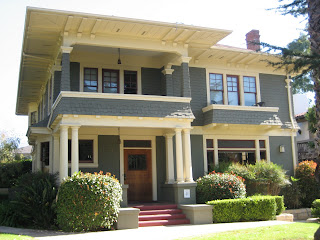 Other spots stick out as sites of misery and alienation. The lobby of Casa Esperanza can be very depressing, with dozens of marginalized and displaced people, many of whom have given up hope. The incredible staff there does their best to do what they can, but resources are short and the people are many. The shelter is on Cacique, near lower Milpas, about three blocks away from the Rescue Mission.

The Salvation Army's Hospitality House is on lower Chapala. The 100 bag lunches they hand out each day is the only meal that some of our city's poorest residents get. Usually the lunches are gone by 9am, and many walk away empty handed.

I notice some favorite spots for pandhandlers--in front of MacDonald's, in front of the Fatburger by de la Guerra Plaza, in front of Border's Bookstore. Then, everybody seems to recognize the guy in front of Rite-Aid with a Rat-on-a-Cat-on-a-Dog. He seems thinner and thinner no matter how much money he earns.

That area between Mac's Grog and Groc and the New Faulding Hotel (Haley St.) has such a permanent collection of folks (usually downing 40 ouncers) that a porta-potty has been put in there. Of course, this is not your typical collection of homeless people.

There are many different types of homelessness and clearly the homeless are not a monolithic, homogeneous group. While this is common sense to those of us working in the field, important education still needs to be done to convey this message to public. Because many people have stereotyped understandings of what homelessness looks like, they want “one-size-fits-all” policies. We must dispel these stereotypes of homeless people:

• They are lazy and refuse to work. Surveys consistently show that homeless people list finding a job that pays a living wage a top priority. Many collect cans, and junk for resale, or panhandle on a daily basis. Many take day labor jobs to provide for themselves.

•Most are alcoholics. Some studies show that between 25 and 35 percent of homeless indicate problems with alcohol. Drinking is a part of homeless subculture, much like it is a part of college subculture. The longer a homeless person is on the streets, the more their drinking increases.

•Most are involved in petty criminal activities. The rate of violent crimes by homeless people has been found to be less than those living in homes. Most criminal activity among the homeless are misdemeanors, such as public intoxication, urinating in public and sleeping in parks—activities that would not be committed if they were in homes 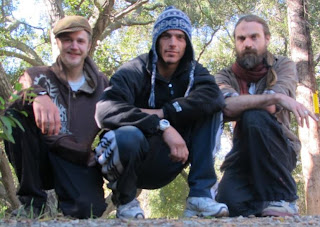 Other spots to think about include the Public Library, the camps hidden along the freeway, the park on Haley Street, the beginning of Stearns Wharf, East Beach, the beachers across from East Beach near Fess Parkers, all of lower Milpas. So many areas of misery and alienation in downtown Santa Barbara.

The contrast between these very, very poor people and the multi-million dollar homes which make up the Riviera is stricking. "What kind of world do we have?" I often ask myself. Women with small children staying at the Rescue Mission, while one mile away is lower Montecito!

Writing this makes me angry.