What Does A Homeless Advocate Do? 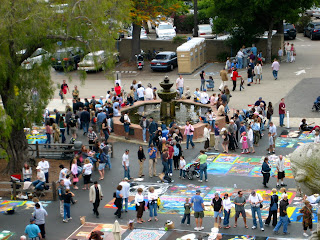 As a homeless advocate I fight for structural changes in our social system that will help alleviate the suffering of those who do not have affordable housing, those who daily struggle with economic hardship and those who suffer from disabling physical, emotional and developmental conditions, including mental health and substance abuse issues.  I urge humane policies at the local, state and national level and help form legislation and implement these policies.  Underlying all the changes I hope to be involved in is the goal of allowing people to be self-sufficient.

I work with our County Board of Supervisors and City Council on local homeless issues, including the Warming Centers, panhandling and other issues.

I speak as a person who used to be without permanent housing and who for periods of time lived on "the streets".  I have lived in all three of our homeless shelters ion Santa Barbara.  On June 7, 2005 I entered Project Recovery's Detox program that is housed at Casa Esperanza, and then On June 21, enter the Salvation Army's Hospitality House where I waited 31 days for a bed to open up at the Men's Program at the Santa Barbara Rescue Mission.  I agree with those who argue that we need to hear the voices of those on the streets regarding the challenges they face. It is as a former homeless person that Supervisor Doreen Farr appointed me to be a representative on the South Coast Homeless Advisory Committee.  i save for another time my story on how I became homeless!

Our neighbors on the streets are a very diverse group of people, who come from all walks of life and, as such, resist any attempt by naive outsiders to lump them together as a homogeneous population with uniform traits and dispositions!

As a homeless advocate I also hope to assist people who want to get off the streets.  For some the street is a conscious choice to live simply and directly.  I know healthy and creative individuals who often travel across much of the country surviving on their wits, creative outputs and the generosity of loving communities,.  Often a special charm allows these unique free spirits to thrive in any setting.  Making friends easily and being pure in spirit facilitates a lifestyle in which generosity abounds, doors open and souls embrace. Obviously these people do not need my assistance. 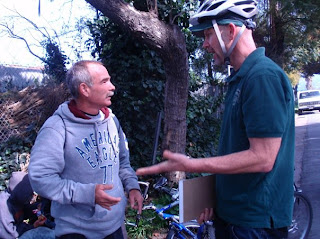 For most others, the streets are less a choice.  Not having a job nor earning enough to pay rent in pricey Santa Barbara forces many to find alternative housing solutions.

Some literally have networks of supportive friends which sustain them and provide constant shelter and daily sustenance.  Others  rough it and must approach life as a camping trip.  Some literally set up tents. have campfires and the outdoor survival gear needed to life in nature--including thermal sleeping bags and sophisticated gadgets.  Many others just stash a blanket somewhere so they can crash at the beach,  Less than half of our city's homeless live in our three shelter--Casa Esperanza, The Rescue Mission and Salvation Army's Hospitality House.

Those who want to live on the street should be acknowledged and allowed the freedom to survive without harassment,.  For most, the street is not really a choice. Economic hardship forces many to give up apartments and live without permanent housing,  Often at the start, the individual has lots of belongings, maybe even a vehicle and plenty of supportive friends and family,.  Someone in this position can actually survive quite a while.  Others who have burnt up supportive networks and abandoned communities of care do not have these options.  Often mental health issues and drugs and alcoholic abuse make the ability to survive on the generosity of supportive networks impossible,  and these same issues can prevent the individual from taking the steps needed to move off the streets.  Without a monthly income and a housing option, some of these folks survive on shelter and social services.

Part of being a a homeless advocate involves helping those who want to get off the streets.  I have a multitude of possible options for one who can present themselves appropriately for social services.  There are free treatment programs right here in town for a person who can follow lots of rules, tolerate religious indoctrination, and put aside pride,.  If one does not present well for services or cannot tolerate the frustrations of bureaucracy and / or religious conversion, the options are fewer. 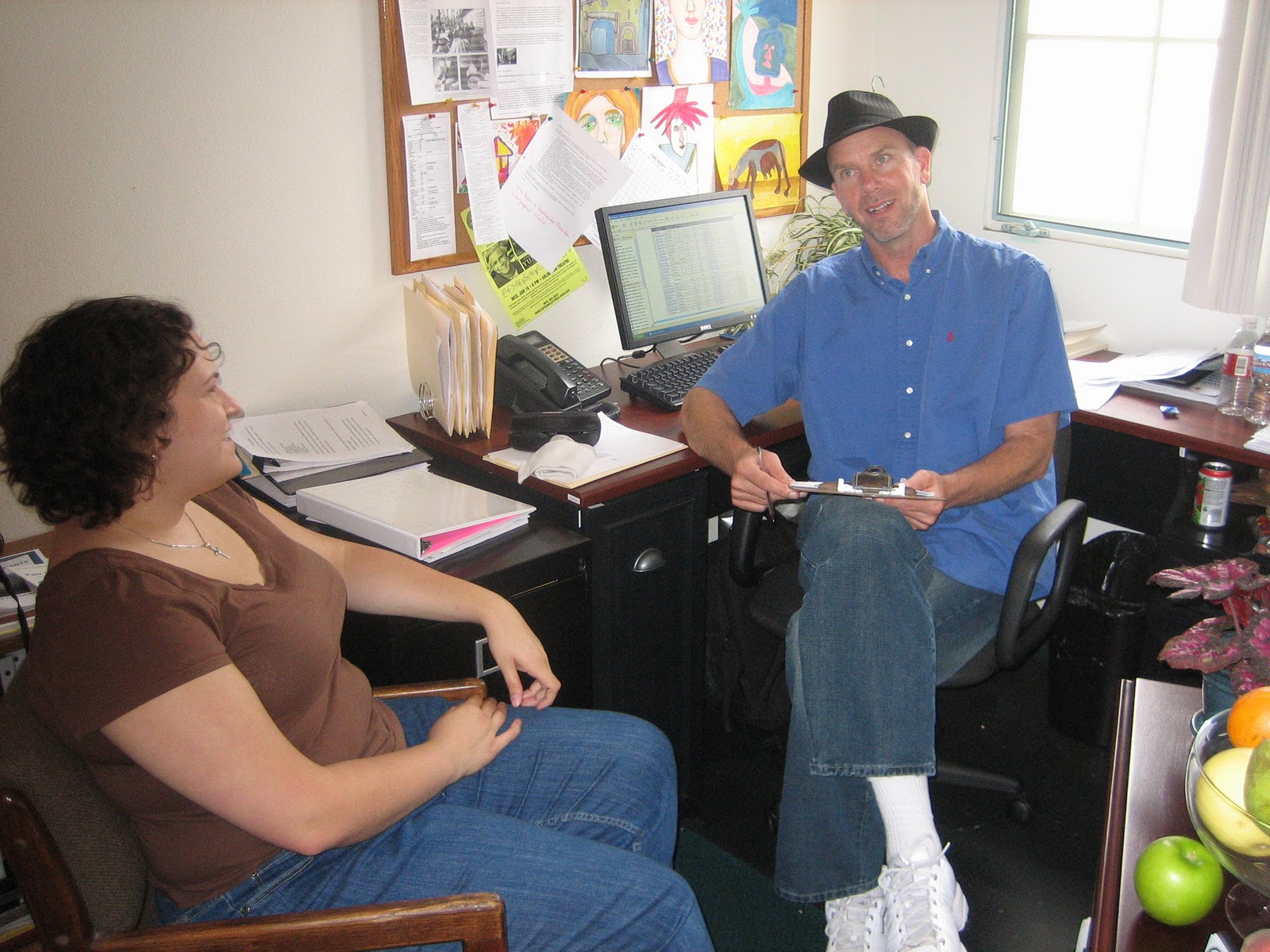 Many who have severe challenges are not competent to make the decisions about moving off the streets.

Some people ask me what can be done about all of people congregating on State Street or on lower Milpas Street. Our neighbors on the streets have the same civil rights that you and I do.  We cannot tell people which parts of down they can go to.  We are currently trying to find ways to distribute social services more evenly  throughout the town so thatthese areas are not so congested.

While our town recently passed an ordinance against "aggressive" panhandling, the courts have repeatedly upheld the freedom of expression of homeless people, and the spiritual freedom of those who want to "give alms".

Check out the City Hall page to find the "Twelve Point Plan" regarding our city's most recent attempt to come to grips with homeless issues. Realize that competing social interests are at play here: the business community, those concerned with public safety, those who fear our streets have been "taken over". A local non-profit named Clergy and Laity United for Economic Justice, or CLUE for short, helped to craft a giving program to offset the restrictions called for by these new laws  I work as a Board member of CLUE to help mobilize our City's diverse faith communities to create more fair policies for those on the streets

There is a lot that "ordinary" people can do to address homelessness locally.  Your support of local non-profits who work with the homeless is essential.  Continue to give generously if you can!.  You dollars are at work as we speak helping to improve the l ives of those on the street.  You can also volunteer you time with numerous organizations, including the shelters listed above, the Freedom Warming Center or other agencies.  Feel free to contact me if you want more information.

To stay abreast of local issues regarding those on the streets, read Isabelle Walker's outstanding blog Homeless In Santa Barbara, found at www.homelessinsb,.org