Remembering the Past: Empire, Subjugation and Colllective Amnesia

Remembering the Past — Empire, Subjugation and Collective Amnesia 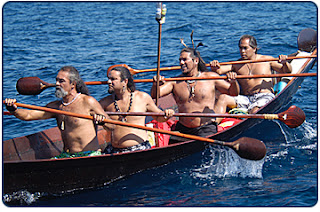 Wayne Mellinger
I might be a bit biased, but I believe that I live in one of the most beautiful cities in the world — Santa Barbara, Calif. Blessed with a Mediterranean climate and nestled between foothills and ocean with gorgeous views of the Channel Islands, we boast of having more than 300 days of sunshine each year. East Beach is internationally recognized as one of the finest places to enjoy sun and waves. Our exquisite restaurants and hotels are often filled to capacity with big-spending tourists from all corners of the globe. Our toniest communities, Montecito and Hope Ranch, have multitudes of multimillionaires, moguls, movie stars. We refer to ourselves proudly as “the American Riviera.” 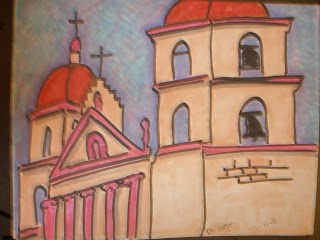 As a growing tourist destination, we have attempted to “brand” ourselves as a city seeped in Spanish colonial heritage, and to satisfy the ever-present tourists’ eyes we have mandated red-tile roofs, white stucco walls and Romanesque arches throughout our downtown corridor. The Spanish Colonial Revival architecture of Santa Barbara, much heralded by architectural aficionados, is anchored downtown by three buildings:
» Santa Barbara County Courthouse, which was only built in 1925 after a major earthquake destroyed the old Victorian style one. 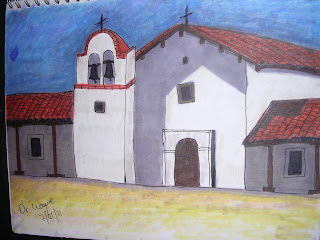 » Paseo Nuevo mall, which was built in the early 1990s.
» El Presidio de Santa Barbara, the military fort still being rebuilt, but begun in the late 1980s.
A mile from downtown Santa Barbara is the beautiful Old Mission, which celebrated its 225th anniversary on Dec. 4 with gala ceremonies marking its noble contributions to our city. It is the more ignoble contributions of this building that I want to highlight later in this essay.
Our city memorializes this imperial history each year with Old Spanish Days, a weeklong fiesta attended by tens of thousands of locals and international tourists. Palomino horses, pretty Latino girls in colorful dance costumes, and confetti-filled eggs accompany its crowded parades and pseudo-historical processions. Through these public events, we mythologize an unrealistic Mexicano arcadian past in which the countryside is dominated by rancheros and vaqueros. The California Indians, who were essentially “serfs” in this feudal society, are conveniently left out of the picture.


We have reconstructed our past to serve the needs of the present. The ever-present tourists, that is. These carefully staged pseudo-historical presentations “whitewash” the story of the Franciscan friars’s first encounters with the tribal cultures of California. In the officially sanctioned narratives of our city, self-sacrificing priests brought spiritual truth and moral enlightenment to backward savages. The Indian tribes of California are presented as passive recipients of European wisdom.
Not only have we “Disneyfied” downtown Santa Barbara with make-believe Spanish imperial palaces more reminiscent of Granada, Spain, in the Moorish era than the actual town of 17th-century California, we have sanitized history with a pastoral frontier myth in which all horrors and brutalities have been removed. 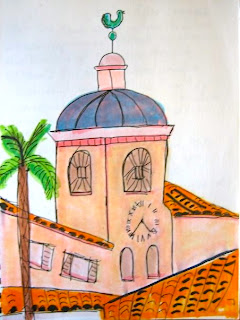 Of course, colonial expansion is invariably characterized by domination, oppression and subjugation, and the empire of Spain was no exception to this historical generalization. To illustrate the reality of the life of the Chumash, and their resistance to imperial hegemony, I want to briefly discuss some of circumstances surrounding the Chumash uprising of 1824.
In glorifying soon-to-be Saint Junipero Serra (he only needs one more miracle to become a saint of the Roman Catholic Church), we indulge in an exercise in cultural amnesia. While some commentators have accused George Monbiot of hyperbole for his condemnation of Serra as the “Eichmann of California” and his portrayal of the California missions as “concentration camps,” as we will see, many horrendous things did occur in these colonial outposts.
A central goal of the California missions was to convert the indigenous tribes to Christianity. Because most of the Chumash were not converts, that justified a lot of mistreatment. 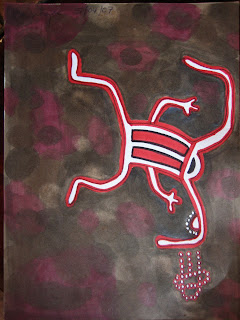 Here are some facts:
» Chumash people were forced to build many of the original buildings in Santa Barbara and forced to do agricultural work in the fields.
» A large export trade made the mission system very profitable.
» The Chumash were often fed substantially less food than the Spanish priests and soldiers. When tribal members “misbehaved” or “sinned” they were brutally punished, often through whipping or flogging.
» The Chumash religion was denigrated as a form of witchcraft and stan worship.
In February 1824, the largest uprising of the Alta California missions occurred, beginning at the Santa Inez complex and spreading quickly to the Santa Barbara and La Purisima missions. According to Maria Solares, a Chumash woman of Ineseno descent who spoke with anthropologistJohn Harrington in 1914, some 90 years after the event, but who was very familiar with many who were there at the original revolt, the uprising appears to have begun when there was an outrage over the whipping of a “neophyte.” 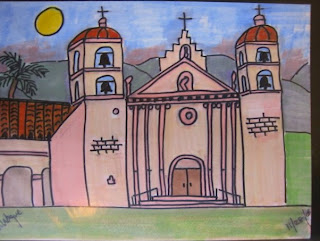 Neophytes were what the padres called the Chumash who lived within the Mission and who were baptized. Neophytes provided the workforce upon which all else was built, and the Padres spent considerable time going into the villages of the Gentiles (unconverted Chumash) seeking new recruits. It seems that one evening after dinner at the Santa Ines Mission, some older Chumash who were familiar with the old religion pounded up some pespibata, also known as Indian Tobacco (Nicotiniana Begelovii), so as to eat it.
Pespibata was often mixed with lime and consumed after dinner as an intoxicant. A pleasant state of euphoria was typically accompanied by vomiting, which was considered a healthful practice. Sometimes pespibata was mixed with toloache (datura, also known as thornapple and jimsonweed weed), a hallucinogen that was the most important medicinal and religious plant among the Chumash.
Because the neophytes were baptized, their behavior was considered a “sin” and a neophyte was severely whipped. While the actual sequence of happenings lead up to the flogging or whipping is unclear, it appears that the rest of the band was outraged by what happened.
The ensuing uprising at the Santa Ines Mission complex resulted in that mission being severely burnt. When the uprising spread to the mission in Santa Barbara, the Chumash at that complex sent the soldiers back to the nearby Presidio. The La Purisima Mission was occupied for almost a month, until calvary and artillery arrived from Monterey. 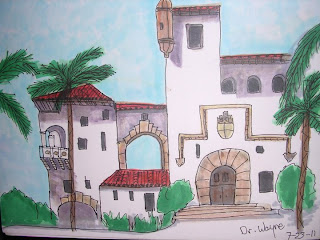 During the uprising, a large group of Santa Barbara neophytes fled (or escaped?) into the foothills never to return and later intermarried with another tribe.
One problem seems to be that the Spanish assumed that just because a neophyte had been baptized that they understood and totally accepted the Spanish system and the Catholic faith. Baptism often occurred quickly, even before a full catechism had been completed. Neophytes often maintained their traditional customs within the context of imposed Spanish customs.
This brief sketch of the Chumash uprising of 1824 is illustrative because it hints at the nature of the clash between the two cultures. Moreover, it offers proof that California Indians were not simply a subjugated people, but instead actively resisted, struggled against and died defending their way of life. 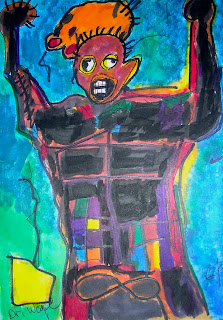 The Chumash were the most heavily colonized of California tribes. When we remember the origins of California in a Spanish Colonial past, we must not forget the history of forced labor, the brutal punishments, the suppressed rebellions, the ethnocentrism and racism, the rape and misogyny, and yes, the genocide of the Chumash people.
Genocide is a powerful term used to describe the mass extermination of a people and a culture, and it is an accurate term for what happened in California. When Anglo-Americans arrived from the East Coast beginning with the Gold Rush of 1849, matters got worse for many of California’s tribes, with organized scalpings and massacres taking place.
But by this time, the number of Chumash had drastically fallen to several hundred, largely through the introduction of European diseases for which the natives had no immunity. It is a miracle that several thousand Chumash survive today and are attempting to reconstitute their culture.
The massive occidental movement that we call European colonialism settled and unsettled the globe as it constituted “the West.” The “others” who were colonized were often severely mistreated, and it is perhaps the erasure of history through cultural amnesia that is the gravest insult that occurs through colonization. As we build a beautiful California coastal city with a unique architectural style and many proud traditions, let us accurately remember the brutalities which nearly decimated the California Indians. 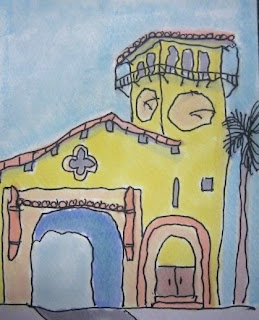