The Following is taken from a course offered by Joshua Kjerulf Dubrow at the University of Moscow!  Here is a link: 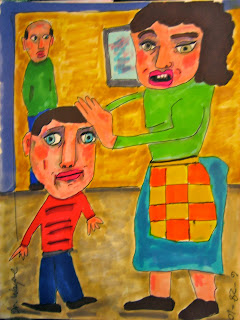 The Interactionist View of Power and Inequality

Posted on November 20, 2007 | Leave a comment
Sociologists typcially cite Weber in defining power as the capacity a person or a group has to realize their will despite the resistance of others (Weber 1946).  Whether power is a capacity of one actor to change the behavior of another (Dahl 1961) or is a relationship in which one actor is disproportionately able to avoid negative sanctions (Rossi 1957: 425), in all definitions, power in every-day situations is often seen in micro-level interactions.
Despite the recognition that power is often seen in micro-level phenomena, mainstream sociology typically minimizes the role symbolic interaction plays in contributing to the understanding of power.  Dennis and Martin (2005) provide a short overview of what scholars claim symbolic interaction is and does for the study of power.  In sum, Dennis and Martin (2005) decry the popular misnomer that symbolic interactionism as a theoretical strategy does not address power in its macro-sense – e.g. as the distributional mechanism within social stratification systems – and that it does not provide a useful micro-macro link.
Recent symbolic interactionist theoretical work in social inequality such as that by Schwalbe et al (2000) makes this link explicit.   Using a quasi-inductive approach in analyzing ethnographies and other qualitatively oriented research, Schwalbe et al (2000) generated sensitizing concepts designed to guide research of the production and reproduction of macro-level inequalities that result from micro-level interactions.
Five years after Schwalbe et al was published in 2000, Dennis and Martin still find plenty of evidence that symbolic interactionism is misrepresented.  How can this be?  One possibility is that although Schwalbe et al was cited 48 times (in journals indexed in ISI Web of Knowledge), the clear majority of  citations are in the symbolic interactionist journals and has been comparatively ignored by the mainstream sociology journals: Almost 30 percent of the 48 citations are in the main symbolic interaction speciality journal (Symbolic Interaction).  Only a little over 10 percent of mainstream sociology journals (defined here as American Journal of Sociology,Social Forces, Sociological Perspectives, Sociological Quarterly, andContemporary Sociology) cited Schwalbe et al.  American Sociological Reviewhas yet to cite it.  Gender & Society cites the paper often, but this journal has a long history of publishing research based on qualitative methodologies, and as such it is predisposed to publishing scholars who take a symbolic interactionist bent.
From this graph, it is clear that the symbolic interactionist scream for mainstream sociology to take what they (have been) are saying seriously has not been heard, or, if it has, the scream has been largely ignored.  I would guess that symbolic interactionists read the mainstream journals, but the mainstream sociologists are not reading the symbolic interactionist speciality journals.  For a discussion of the alleged dichotomy between mainstream and interactionist approaches, see Dennis and Martin (2005: 195-198).
How do symbolic interactionists define power?  In the interactionist sense, power is something that is negotiated and renegotiated between actors with different capacities and different interests (Dennis and Martin 2005; Hall 1972).  Thus, power is best seen as relational (Dennis and Martin 2005).  According to Hall (1972), “Power…is achieved by controlling, influencing, and sustaining your definition of the situation” (51).  In this sense, inequality is constructed through differential abilities of involved actors to define the situation (Schwalbe et al 2000).
Dahl, Robert. 1961. Who Governs?  Democracy and Power in an American City. New Haven: Yale University Press.
Dennis, Alex . and Peter J. Martin (2005). “Symbolic Interactionism and the Concept of
Power.” British Journal of Sociology 56(2): 191-213.
Hall, Peter M. 1972. “A Symbolic Interactionist Analysis of Politics.” Sociological Inquiry, 42:3-4: 35 – 75.
Rossi, Peter H. 1957. “Community Decision Making.” Administrative Science Quarterly 1:415-443.
Schwalbe, Michael and Sandra Godwin, Daphne Holden, Douglas Schrock, Shealy Thompson, Michelle Wolkomir. 2000 “Generic Processes in the Reproduction of Inequality: An Interactionist Analysis.” Social Forces 79(2):419-52.
Weber, Max. 1946. “The Sociology of Charismatic Authority.” in From Max Weber: Essays inSociology, edited by Hans Gerth and C. Wright Mills. New York: Oxford University Press 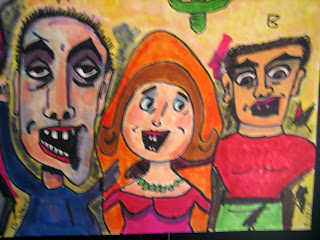