In this paper, I consider the potential of membership categorisation analysis, an empirical tool in ethnomethodological inquiry, for language and gender researchers. To date, there has been no sustained attempt to incorporate this kind of approach into gender and language work. It is virtually ignored in feminist sociolinguistics, where the majority of research gets done and is seldom considered in overviews of the field (e.g. Eckert and McConnell-Ginet, 2003; Weatherall, 2002). However, I argue that MCA is a valuable method for examining the practical occasioning and construction of gender in discourse. To support this position, I begin by tracking the history and development of ethnomethodological approaches to gender and their practical translations. I argue that the ‘doing’ of gender in our society is constituted in people’s situated categorisation practices, and that these practices are best explored using Sacks’ (1992) machinery for understanding how the social and moral order is produced and maintained. Thus, this article aims to collect together previously dispersed pockets of feminist ethnomethodological writing, and the limited work on gender and MCA, in order to produce a coherent starting point for the development of a different way of exploring gender-in-interaction.


In 1967, Harold Garfinkel, the founder of ethnomethodology (EM), wrote what grew to be a groundbreaking work on the social production of gender. His writing formed the basis for a branch of feminist theorising that has been increasingly influential across the social sciences and, in particular, within post-modern and discursive understandings of gender as a performance, enactment and dynamic social construction (Butler, 1990; Kessler and McKenna, 1978; West and Zimmerman, 1987). These ideas have been explored practically by conversation analysts who examine, in the turn-by-turn sequencing of talk, the way men and women ‘do’ gender in interactional routines. As a result, conversation analysis (CA) has become a well-established method for explicating the gendered order of social life, and its usefulness and appropriateness as a feminist tool of inquiry has been closely debated (e.g. Kitzinger, 2000; McIlvenny, 2002; Speer, 1999; Stokoe, 1998; 2000; Stokoe and Smithson, 2001; 2002; Stokoe and Weatherall, 2002; Wetherell, 1998). However, it has recently been suggested that a second ethnomethodological apparatus, membership categorisation analysis (MCA, c.f. Sacks, 1992), may be more fruitful for feminist researchers wanting to explore the everyday reproduction of gender (Stokoe, 2003). To date, it has been utilised far less as one of the numerous discursive approaches that are available to feminist discourse analysts. 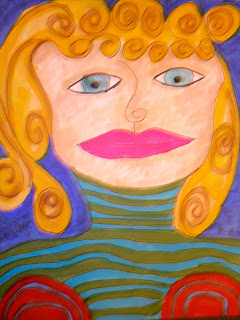