When You Are Strange, When You're a Stranger: On the Sociology of Strangers

February 28, 2012
ON THE SOCIOLOGY OF STRANGERS 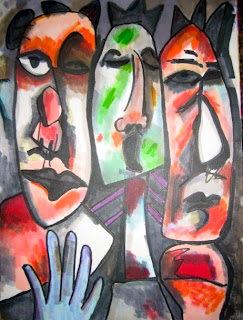 I have come to realize that I have long term interests in the "sociology of the stranger".  After Thirty years of combing through the texts of Simmel, Park, Schutz, Goffman, Bauman, Parker, Lofland, Sennett I want to organize my thought and observations.

Of course, much of my work stems from Erving Goffman's Behavior in Public Places and his notion of "civil inattention".  I am also interested in queuing and territorial behavior in public places.  For years I have studied "breaches" to the norm of "civil inattention" and published a piece in the Ventura Star some decade ago on that topic..

A lot of new young scholars are developing interesting perspectives that I hope to  highlight in "Doing Modernity".

I have contemplated assembling a course reader.

Today I am highlighting the work of Brian Lande, an ethnomethodologically oriented scholar on stranger encounters.

"When You Are Strange": Mutual Intelligibility, Intercoporeality, and Accountability in Stranger Encounters

This talk provides a preliminary theoretical framework for understanding how individuals who come from different backgrounds and little in the way of shared knowledge, language, history, experience, and embodied forms of life (habitus) encounter one another. The talk draws on four years of ethnographic observation while working as a deputy sheriff in Santa Cruz County as well as touches on the similar challenges that now face state department officials and military personnel in the constabulary like context of Counter Insurgency operations. I argue that current conceptions of culture and cross cultural competency are inadequate for understanding stranger encounters, why some people are "good strangers", and how to teach people how to move across vast social chasms. For young policemen, aid workers, and soldiers, alike, how stranger encounters are approached, oriented to, and managed is frequently fatal and consequential.

Dr. Lande joined DARPA as a Program Manager in June 2010. His research interests include the study of aggression and violence in groups and across cultures, how people manage their emotions in social settings, use of force training, ethnomethodology/microsociology, social perception, qualitative data collection and analysis, and methods of visually mapping social relationships.

Prior to joining DARPA, Dr. Lande was a deputy sheriff in California and a doctoral candidate in sociology at the University of California, Berkeley. His prior research focuses on use of force training, military and law enforcement socialization, and the role of the body and emotion in communication and social action. As a deputy sheriff, Dr. Lande participated in a wide range of law enforcement practices and training including: felony and misdemeanor investigations, coroner's investigations, interview and interrogation, patrol, drug interdiction, writing and serving search warrants, high risk entries, and financial crimes investigations.

Dr. Lande received Ph.D. and M.A. degrees in Sociology from the University of California, Berkeley in 2010 and 2005, respectively, and B.S. (Psychology) and B.A. (Philosophy) degrees from Montana State University - Bozeman.