Analyzing Visually Available Mundane Order:
A WALK TO THE SUPERMARKET 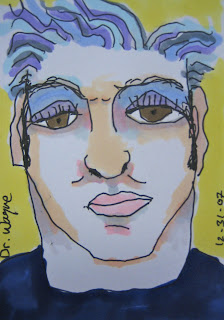 Analysing visually available mundane order: a walk to the supermarS

This paper analyses ethnomethodologically some aspects of visually available mundane order. We adopt a method of “self-reflective” analysis in which the analyst's own experience is reflected upon and accounted for as a methodical production. Thus the data analysed consists of a running commentary on a walk to the supermarket taken by one of the authors. With reference to this data, we discuss two main topics. The first involves the categorial organization of observable scenes. We propose that such scenes are organized in terms of what we refer to as “relational configurations”. The second involves the situated relevance of observations. It is shown that observed scenes are shaped by and reflective of the observer's current activity and location. We argue that visually available phenomena are not independent of the observer and his or her practical relevancies but rather their very availability is constituted by those relevancies. With respect to both foci of analysis, we propose that “what is observable” and therefore “what is observed” are members' methodical productions.