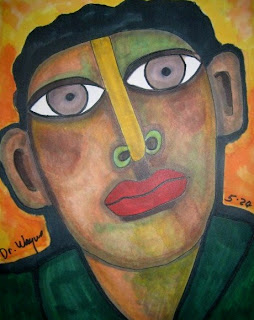 Doing Difference is a landmark concept that grew out of the authors' earlier idea [1] of "doing gender", first presented at the American Sociological Association in 1977 by Candace West and Don Zimmerman [2] and published in an early issue of Gender and Society in 1987.[3] In 1995, Candace West and Sarah Fenstermaker sought to extend the idea of gender as an ongoing interactional process into the realms of race and class.
They begin their argument by asserting that the intersection of these three fundamental ways to categorize social difference cannot simply be thought of in a mathematical or even strictly hierarchical sense. That is, simply plugging in these concepts as variables in a multiple regression model to predict life success in a particular society provides a simplified way to look at their relative effects, but would fail to provide an adequate basis for even understanding, lesser yet altering systemic inequalities based on race, class, and gender. For instance, Poor black women in the United States face immense social disadvantages, but to place them at the bottom of some abstract listing of vulnerable populations tells us little about how race, class, and gender interacted in their biography and social milieu to constrain and direct their lives. Their analysis of these core differences from the standpoint of ethnomethodology turns the focus away from individual characteristics. Instead, they are understood processually as "emergent properties of social situations" which simultaneously produce systematically different outcomes for social groups and the rationale for such disparities.
The authors assert that the reason race and class were not adequately considered in earlier works is because the feminist movement has historically been the province of white middle class women in the developed world who were not sufficiently affected or attuned to the nature of these corollary oppressions. Furthermore, few women outside this privileged lot were able to gain access to institutions of higher education, which might have permitted them to engage in the academic discourse and activity about such shortcomings. Even if they had, the gatekeepers within the academy and at leading journals made this unlikely process even more difficult. Perhaps overt racism and classism (and sexism) is less apparent today in these institutions, but the tendency remains for those in positions of power to view the world in a way that discounts the experience of marginalized groups. A greater understanding of this core critique within Third-wave feminism can be gained through reading the early works of Patricia Hill Collins and bell hooks.