Order! Order! Review of Kim's Order and Agency in Modernity by Russell Kelley 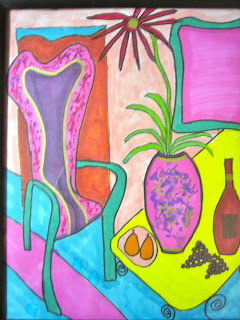 These three books, each in its own way, attend to ‘order’, the central concern of Sociology for the last two centuries. From Saint Simon through to the latest tomes, sociological analyses have sought to promote assaults on the established ‘order’ or to seek to understand, in response to those assaults, how ‘order’ can be maintained and sustained. The English, American and French Revolutions gave birth to social philosophy and social physics, bringing ‘science’ to bear on the overthrow and beheading of kings, the declaring of republics, and on how this might be avoided, and on how the old order, the Ancien Régime, might be restored. The primary forces believed to be the cause or effect were moral and religious. This required that ‘order’ be explained and understood. Saint Simon introduced the social into the equation, Karl Marx’s critique brought together the political and the economic.
The Russian Revolution and the German Revolution – or the rise of Nazism – blending with the world-wide economic depression focussed more attention in the twentieth century on a ‘scientific’ solution to the problem of ‘order’. Similarly provoked by the success of Marxist-Leninism, resting as it did on the assaults on order provoked by Marx and Engels’ writings, Talcott Parsons sought to re-search sociological history to compile a new explanation of the social version of order arising out of the European accounts of understandings presented by the English Utilitarian philosophers, the economist, Alfred Marshall, the Italian Vilfredo Pareto, Émile Durkheim, the French sociologist, and the German sociologist and economic historian, Max Weber. (Parsons, 1949) Borrowing from Anthropology, this became Structural Functionalism and the Social System, founded on an analysis of Equilibrium that the former economist, Parsons, underpinned with the contemporaneously acclaimed Keynesian Economics. But what had been successful in addressing the ills of the economic order in response to the Great Depression and had achieved the Soviet Economic Miracle through application of the economic determinism of Marxist Theory proved short lived when applied to the social problems confronting the post-1945 world. Parsons’ work reaffirmed that the problem of order was essentially sociological and reset the agenda for modern Sociology. (Parsons, 1949, pp. 89ff)
Parsons represents the problems of order as a problem of controlling human behaviour to achieve an identity of interests through the workings of the normative system. Unlike the earlier theorists who relied on ordering moral and religious interests, Parsons was working towards a ‘social system’ which could account for the competing interests in society, how these interests could be balanced and a state of equilibrium, or ‘order’, maintained across the whole of the society, in different functional areas of that society and at the different levels within society, social, cultural and personality, where human behaviour, individually and collectively, could be contained within a normative order.
These three books take ‘order’ to be the recurrence of accountable social practices and accomplishments from the organization and institutional level that some would describe as ‘society’, or in Kim’s case ‘modernity’, through Garfinkel’s “witnessably recurrent details of ordinary everyday practices” (p. 97) to the day-to-day, moment-by-moment constancies that are the turn-taking, prosodic, lexical and grammatical practices of Maynard’s ‘conversation order’. Each of the authors is attending to features of and attempts to explain the same problem, ‘order’.

From the outset, reading Kim on agency, modernity and order, this review has been reflecting on a series of questions about the relations between three of the major approaches to sociological understanding available as Sociology takes on the second millennium. Parsons writings were not doubt pivotal if only in following, as well as carrying, the major thrust to social change away from old Europe into the core thinking of the United States. The problems of post-war America and then Cold War America were different if only in scale to the problems of old industrial Europe. Parsons’ analysis of what Kim sees as modernity mapped the social world. European social theory has rebelled against that analysis from many directions but has had little impact upon it as the target for all other claimants to sociological achievement. French social theory has diverted the attention of some but the majority of proceedings at the American Sociological Association annual gatherings still start where Parsons left off – how do we explain, maintain and sustain the social order that is modern America.
The only counterforce to the predominance of the sociologies that have variously been called forth to fill in the boxes in Parsons model of the social system has been that body of researchers and theorisers who refuse to accept that society is anything more, or greater than the totality of each and any of its ordinary citizens going about the ordinary, everyday, routine practices that make up their social worlds. The US President still does nearly all the same ordinary, everyday routine things that we all do. He has to comb his hair, change his socks, greet his wife, answer the phone, chair a meeting, draft a speech. The real threat to Parsons’ account of the social world has been posed by these kinds of accounts. As we saw, Goffman focussed on ritual and presentation of self but as narrator and storyteller. He theorised the social world for his odd assortment of deviants and misfits and, with other interactionists and ethnographers, distracted attention away from the structures of opportunity, inequality, control and regulation that framed the Parsonian account. Many sociologists feel much more comfortable buried in the morass of activity that is the everyday lives of the individuals, groups and communities that are the focus of their researches. They can offer myriad accounts of these small ordered worlds hoping to add to the totality of studies and the never-to-be-complete account of the order that is the social world. Opening up and revealing views of these small worlds invariably has positive spin-offs. Self-critical examination of entrenched, routinised practices will nearly always foster improvement and justify the resources that these studies command.
The only radical alternative to Parsons’ analysis arises from one of his own students, Harold Garfinkel. Garfinkel was not satisfied that order was a variant feature of small worlds that combined to fill out the Grand Theory of Parsonian Structural-Functionalism. He demanded an assault on Formal Analysis, to roll back the tide of social science theorising. More than that he wants to remain indifferent to it as it makes little difference to the real worlds of ordinary folk. The ethnomethodologist and Conversation Analysts have found the key. It is to see the world as the accomplishment of ordinary folk, going about their everyday, mundane and ordinary lives. It is a miraculous achievement just to ‘get by’. All kinds of sciences, epistemologies and (ethno-)methodologies are required to be routinely known, to be accounted for and to be employed instantly, with no Time-Out, in the here-and-now. Garfinkel offers us some experiments and demonstrations that kick-off this endeavour. Maynard gave us a master-class in one form of analysis, exploring the order of talk and conversation in clinical settings. Both offer a glimpse of the enormity of the sociological task yet to be undertaken. Yet both are keen and optimistic that this work, the exploration of order, needs to be and will be the core task of second millennial Sociology.