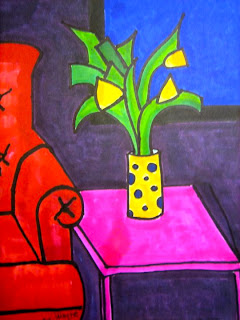 Dorothy E. Smith is one of the most original thinkers in North American social theory!  I have been blessed to have the opportunity to work with you a little bit.  We co-organized to sessions of Textual Analysis at the Annual Meetings of the AMerican Sociological Association in the late 1990s.  Here is a blur take from Wikipedia.  A the bottom of this page is a link to the Institutional Ethnography site and the SSSP web site.

Dorothy Edith Smith is a Canadian sociologist with research interests, besides in sociology, in many disciplines including women's studies,psychology, and educational studies, as well as sub-fields of sociology including feminist theory, family studies, and methodology. She also founded the sociological sub-disciplines of feminist Standpoint theory and Institutional Ethnography.
Smith was born on July 6, 1926 in Northallerton, Yorkshire England to Dorothy F. Place and Tom Place, into a family including three brothers. One of her brothers, Ullin Place, is well known for his work on consciousness as a process of the brain, another is a recognized British poet, Milner Place.
Smith did her undergraduate work at the London School of Economics, earning her B.Sc in Sociology with a Major in Social Anthropology in 1955. She then married William Reid Smith, whom she had met while attending LSE,[1] and they moved to the United States. They both attended graduate school at the University of California at Berkley, where she received her Ph.D in Sociology in 1963, nine months after the birth of their second child. Not long afterwards she and her husband were divorced; she retained custody of the children. She then taught as a lecturer at UC Berkeley from 1964 to 1966.[2]In 1967 she moved with her two sons to Vancouver British Columbia to teach at the University of British Columbia, where she helped to establish a Women's Studies Program. In 1977 she moved to Toronto, Ontario to work at the Ontario Institute for Studies in Education, where she stayed until she retired. In 1994 she became an adjunct professor at the University of Victoria, where she continues her work in institutional ethnography.

In recognition of her contributions in "transformation of sociology", and for extending boundaries of "feminist standpoint theory" to "include race, class, and gender", Dr. Smith received numerous awards from American Sociological Association, including the American Sociological Association's Career of Distinguished Scholarship Award (1999) and the Jessie Bernard Award for Feminist Sociology (1993). In recognition of her scholarship, she also received two awards from the Canadian Sociology and Anthropology Association: the Outstanding Contribution Award (1990) and the John PorterAward for her book "The Everyday World as Problematic: A Feminist Sociology." (1990).