Lena Jayyusi's "The Equivocal Text and the Objective World: An Ethnomethodologlcal Analysis of a News Report" 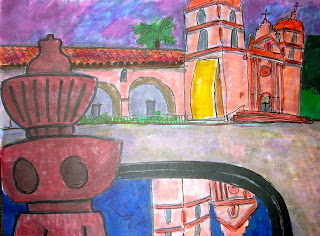 'The equivocal text and the objective world: an ethnomethodological analysis of a news report'Lena Jayyusi

An initial consideration of the data

The text I shall address is a written news account about Argentina that appeared in 1986 in one of the major U.S. daily papers: 9

Seizure of Leftist Guerrilla Chief in Argentina Remains a Mystery Amid Wave of Kidnappings and Murder.Buenos Aires, Jan. 9 - Two weeks after the seizure by armed men of Roberto Quieto, a leftist Peronist guerrilla leader, his whereabouts and the identity of his captors remain a mystery.
Subway stations and vacant walls are covered with slogans from the outlawed Peronist guerrilla organisation called the Montoneros saying "We want Quieto to appear". European Marxists such as Francois Mitterand, the French Socialist Party Leader, have sent messages on Mr. Quieto's behalf to President Isabel Martinez de Peron.
The armed forces and the Federal Police are conducting an intensive campaign of arrests and investigations of suspected leftist subversives but spokesmen say that they know nothing about Mr. Quieto's seizure.
Armed men, usually identifying themselves as policemen, have been seizing leftist politicians, union activists, lawyers, doctors, students and teachers almost daily. In many cases, the bodies of the kidnapped persons are later found riddled with bullets. 10

To know or not to know

Textual equivocality and the intractability of the objective world

In conclusion, I would like to make a few brief points:
1. It is precisely in this hearable equivocality, constituted simultaneously (in part) by what the report says-in-so-many-words and by what it does not say, that the report produces itself as an 'objective' account of actual events. But its particular mode of objectivity (and I think that one can analytically locate other modes) resides in this listing of various events, in the manner in which they might have been encountered on the outside, by a member of the 'public at large', with no commitment displayed to making or determinately defeating the imputation of a connection between them. This mode of objectivity in a text, can, of course, be faulted in conventionally accountable ways, but this must be the subject of another paper.
2. The possibility of a text's providing for such equivocality in this manner, however, is located in the very properties of the categories by which we simultaneously organise our knowledge, descriptions and understandings of the world, and our various practices within the world. Categories are not fixed, bounded items with unitary features - they are open-textured, 25 and each has a multiplicity of features 26 that go with it. The possibility, for example, of orienting to the 'logical connection' between "armed men" and "armed forces", or, alternatively to the conventional difference between such characterisations, is made possible by the properties and organisation of these different categories, encountered, of course, from within the natural attitude as an objective organisation of the mundane social world. Agreements, disagreements, arguments and persuasion can all find their contextual and practical grounding in the organi~sation of the self-same category-knowledge of the world, and the various social activities constituted through our natural-language practices.
3. Ethnomethodological inquiry into media texts can, ultimately, be described as the explication of the socio-logic of knowledge-in-use, and of the procedures, understandings, and practices, by which a sense of objective reality is constructed. The notion of a socio-logic addresses itself to the ways that the normative, the conceptual and the practical are always concurrent and co-constitutive features of actual real-worldly contexts and of their mundane intelligibility. They need, therefore, to remain conjointly in focus within the analytic explication of everyday life, and the organisation of intelligibility within it.