The Website of Teun A Van Dijk--Pioneer in Discourse Analysis 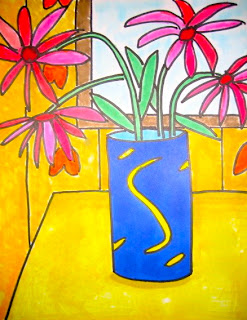 The project on Critical Discourse Studies (CDS) has been an ongoing concern since my early work on discourse and racism, that is, as from the early 1980s. Rooted in Critical Linguistics (as presented in the well-known study Language and Control (1979), by Roger Fowler, Gunther Kress, Bob Hodge and Tony Trew, as well as in other 'critical' paradigms, such as the Kritische Theory of the Frankfurt School (Adorno, Habermas,. etc.), the Cultural Studies work led by Stuart Hall in the UK (itself inspired by variants brands of continental neo-marxism, as well as film studies and related new developments), the critical study of discourse took shape since the early 1980s, for instance in the work of Ruth Wodak (then in Vienna, now in Lancaster), Norman Fairclough, Theo van Leeuwen, Gunther Kress, and soon many others. Since a first meeting I organized in Amsterdam in the early 1990s, this group held (near) annual meetings in various European cities. Whereas the customary designation of this line of research has been "Critical Discourse Analysis" (CDA), I have begun to advocate to broader this term to "Critical Discourse Studies" - e.g., so as to emphasize that critical study is not a ready made "method" of analysis, but also has theoretical and applied dimensions.Besides my own work on discourse and racism, ideology and discourse, and knowledge and discourse, as contributions to the foundations of CDS, I also have regularly contributed to the formulation of the aims and nature of CDS as a movement of socially and politically concerned scholars in the field of discourse studies and related fields. Unlike much other work in CDS (and for that matter in discourse studies more generally), my specific emphasis has been on the integration of social and cognitive approaches to discourse and critical analysis. As is obvious from such concepts as ideology and knowledge, CDS deals with social problems and issues that have both a social and a cognitive dimension. Although there are many approaches, methods, etc in CDS, I have myself focused mostly on the multidisciplinary. sociocognitive study of the reproduction of power abuse (domination) by discourse. My studies on racism and discourse show how social aspects of racism (from social practices of discrimination to the role of groups and institutions at the macro-level) are closely related to cognitive ones (from biased mental models of ethnic events, to broadly shared ethnic prejudices as well as racist ideologies, which in turn are at the basis of discriminatory social practices, including discourse). Discourse, thus is at the interface of the social and the cognitiive: It is itself a social practice, but at the same time it is the major way we acquire ideologies). In the meantime, CDS has grown out to a vast movement of critical scholarship in many of the humanities and social sciences, associated with (if not including) studies on discourse and gender, and other critical approaches, with its own meetings and journals (such as Discourse & Society and Critical Discourse Studies). CDS also has had its critics, on the one hand from more formal approaches in linguistics and conversation analysis, less interested in the study of the role of social context, and on the other hand from those who have doubts about the rigor of the methods used by CDS scholars -- accused to 'find' in discourse what they were set out to find in the first place. Whatever the relevance of these critiques, it is obvious that precisely because of such attempts at delegitmization -- not seldom from more conservative perspectives -- it is crucial that CDS is very explicit and rigorous in its theories and methods. The multidisciplinary and critical study of such complex social problems as those of racism, sexism, poverty and other forms of inequality requires the most explicit approaches. My organizational work of promoting CDS has focused first of all on editing the journal Discourse & Society, as well as on the foundation and management of the CRITICS-L discussion list on the internet, an initiative of the international CRITICS Foundation, organizing Centers for Research Into Texts, Information and Communication in Society (C.R.I.T.I.C.S). SOME OF MY PUBLICATIONS ON CDSNot included here are the studies cited under other projects, e.g., on racism and on ideology, but on the other hand including my studies in discourse and power.
Book
Articles