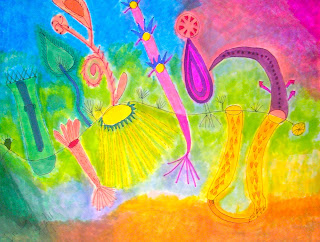 "Autonomy is not a fixed, essential state. Like gender, autonomy is created through its performance, by doing/becoming; it is a political practice. To become autonomous is to refuse authoritarian and compulsory cultures of separation and hierarchy through embodied practices of welcoming difference... Becoming autonomous is a political position for it thwarts the exclusions of proprietary knowledge and jealous hoarding of resources, and replaces the social and economic hierarchies on which these depend with a politics of skill exchange, welcome, and collaboration. Freely sharing these with others creates a common wealth of knowledge and power that subverts the domination and hegemony of the master’s rule." - subRosa Collective

This is the official web site of subRosa, a collective of interdisciplinary feminist artists committed to combining art, social activism and politics to explore and critique the intersections of information and bio technologies on women’s bodies, lives and work.