Mellinger: Let Us Be Peacemakers 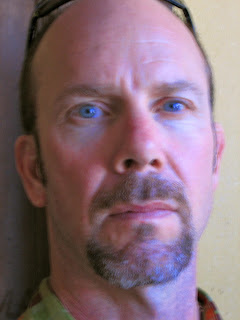 ne Mellinger: Let Us Be Peacemakers

In tackling Santa Barbara's controversial issues, utilizing restraint and understanding over violence can open the door to reconciliation
By Wayne Mellinger | Published on 08.03.2012 12:42 p.m.

“Be not simply good; be good for something.” — Henry David Thoreau

Evil does not stop by doing evil in return; for it is only by doing acts of loving kindness that evil comes to an end. Winning a contest can lead to animosity, for those who lose often fester in sorrow and resent those who win. If we release any desire for victory, we can create peace. Let us be peacemakers, overcoming violence by gentleness, overcoming evil by kindness.

Violence is not just acts of physical harm or destructive force. Educator Parker Palmer states that violence exists whenever we violate the integrity of another — “when we demean, marginalize, dismiss, rendering other people irrelevant to our lives or even less than human.” Violence is not caring enough for another.

These are some of the lessons that I am thinking about today as several controversial issues divide Santa Barbara, or at least some of the parts of Santa Barbara about which I am passionate.

Lately, one of our city’s homeless shelters has been under continued criticism by a neighborhood association. Moreover, a series of misrepresentations of our neighbors on the streets has surfaced in the media, including one by an elected official who one might think should know better.
My initial instinct has been to want to jump into these debates and “fight back,” to defend the institution that is under attack and to vigorously correct the misrepresentations that have been made. And while I respect those who are taking that approach, and while I see those efforts as valuable political and moral work advancing the progressive agenda, that is not my goal here in this brief essay.

A dialogue I recently had with a group of religious leaders has forced me to consider the potential contentiousness of these types of strategies and to re-examine the principles of nonviolent direct action.
It was my mother who first introduced me to Henry David Thoreau’s essay On Civil Disobedience while I was still a high school student. It was one of her favorite writings from her college years, and she still had the Thoreau book with notes gently penciled in the margins.

Both Mahatma Gandhi and Martin Luther King Jr. were greatly inspired by Thoreau. Both noted how this 19th-century New Englander went to jail rather than pay taxes that would support a war that would spread slavery’s territory into Mexico. His noncooperation with evil, along with his eloquent and passionate defense of creative resistance, helped set the stage for the philosophies of both peacemakers.
King declared that nonviolence is a “courageous confrontation of evil by the power of love.” He first put his principles to work in the infamous Birmingham bus boycott of 1955, which followed Rosa Parks’ refusal to give up her seat to a white bus rider.

King describes his first book, Stride for Freedom (1958), as “the chronicle of 50,000 Negroes who took to heart the principles of nonviolence, who learned to fight for their rights with the weapon of love, and who, in the process, acquired a new estimate of their own human worth.’’
In that book, King lays out six tenets of the philosophy of nonviolence:

» Nonviolence is not passive, but requires courage.
» Nonviolence seeks reconciliation, not defeat of an adversary.
» Nonviolent action is directed at eliminating evil, not destroying an evildoer.
» A willingness to accept suffering for the cause, if necessary, but never to inflict it.
» A rejection of hatred, animosity or violence of the spirit, as well as refusal to commit physical violence.
» Faith that justice will prevail.

In the particular case at hand for me here in Santa Barbara, I decided that I needed not to react so quickly. Rather than moving from intellect and emotion, I needed to spend more time listening to the other side, hearing what they had to say, getting the facts of the matter and sitting in discernment.

When we silently focus our attention, we open ourselves to new possibilities of reconciliation. The spiritual gifts of restraint, understanding, forgiveness and compassion are given a chance to work their magic on our lives. To truly see any situation requires us to have this calm, inward turning. We drop our desires, our prejudices and our projections of our adversary and the whole situation.

Moreover, in these moments we can reflect upon our true and most noble objectives. Do we want to “win” some mere battle? Is social justice just the outcome of a bunch of players making strategic moves until one side is finally defeated?

How can we advance our concerns for the disadvantaged, displaced and downtrodden and still win our opponents’ respect, allowing them a graceful way out? Above all, how can we learn to love our enemies?
Some of our local religious leaders are calling for mediation talks involving Casa Esperanza, local businesses, those without housing as well as neighbors and the faith community so that together we can all work to address the issues that have been raised. I am hopeful that good things will potentially come out of this process. Only time will tell.