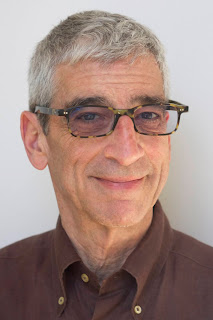 Ten Tips for Writing Something

1.     Put it off until guilt sets in. I write this small essay completely voluntarily but I nonetheless put off doing so. I have found guilt my master angst and with sufficient time it results in a deliverable. For me, there is no substitute for guilt. Ask for short deadlines to minimize the time spent in apprehension.

2.     Lose yourself. Quite often, despite all the odds against it, I lose myself in writing. The best is when I lose my whole life in the writing, waking up with it in the morning and dozing on it as I go off to sleep. It is my consciousness friend.

3.     Assume you know what you are talking about. Contrary to other feelings, almost all of them inner, I am not foolish.

4.     Also be under the illusion you have something to say that has not been said before. Each of us has a unique biography and sees the world in a distinctive way. A supportive colleague told me this.

5.     Write every which way. Sometimes I have a good outline that I follow and pretty much stick to it. In other cases, I skip around, starting in the middle or wherever else. Some of my projects are guided by "hypotheses" (big or small) and sometimes I'm just trying to write what might seem relevant - in ways I figure I'll come later to appreciate. I sometimes feel I should have a consistent procedure to believe in, but I do not.

6.     Believe there will be an ending. When I was a boy, I was periodically attacked by bullies, but was told by one of their wicked mothers to "stand up for myself." My problem was that I could see no way for it to end without death, either of myself or the other boy. To write you have to envision an end even when there is no evident way for that to occur.

7.     Work anywhere. I write on planes, in my office, at home, in the car (only while parked, except once or twice). Paper and pen by the bed are a good idea so you don't have to root around for them in the middle of the night. If you stub your toe, you lose the thought.

8.     Think about your waiter. I have had the pleasure of bantering about with the person bringing me food at restaurants and have known some waiters personally, including members of my family. Write to them - or choose a favorite aunt or another person you have reason to think are pretty nice - and put words together they could appreciate.

9.     Share a printer with somebody down the hall or put yours in a different room. It will force you to get up once in a while. Thoughts come when doing something "mindless" and periodic movement also helps forestall back problems and carpel tunnel syndrome. At one time, I used to take weeding breaks; the garden was just outside my home office. I recommend thoughtless tasks; they invite fulfillment.

10. Avoid foods that bloat your stomach.

Harvey Molotch is Professor of Sociology and Metropolitan Studies at
New York University where he conducts research on issues of city
growth and urban security as well as on product design and
development. His work has earned numerous awards, including
Distinguished Contribution to the Discipline of Sociology, Award for
Lifetime Achievement in Urban and Community Studies (Lynd Award),
Career Distinction in Environmental and Technology Sociology (Buttel
Award), and Outstanding Scholarly Publication in Urban and Community
Studies (Robert Park Award).